AUSTRALIA: 'Female Genital Mutilation' Illegal In All Its Forms

The practice in some cultures of female genital mutilation (FGM) in young girls is, and should remain, illegal in Australia in all of its forms, according to Dr Ben Mathews, an associate professor in the Faculty of Law at Queensland University of Technology (QUT). 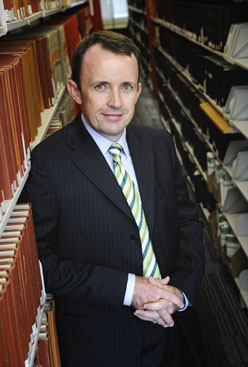 In an article published in this month's Medical Journal of Australia, Dr Mathews clarified the Australian legal position on FGM. His analysis was in response to media reports in 2010 that doctors were discussing the possibility of medicalised FGM, or "ritual nicks", as a way of protecting girls from more severe forms of the practice. (The Royal Australian and New Zealand College of Obstetricians and Gynaecologists later stated it did not support medicalised FGM).

Dr Mathews said there were significant numbers of people settling in Australia from nations in which FGM was customary, so doctors may be presented with situations where a patient requested the procedure.

"The legislative position in this country is clear. In every jurisdiction FGM is specifically made a criminal offence. Even claims of 'consent', either by the girl or her parents, will be irrelevant," Dr Mathews said.

"This means that even if a patient is old enough or mature enough to consent to a procedure, or if the girl's parents consent on the girl's behalf, any doctor carrying out that procedure would be breaking the law.

"FGM is prohibited in Australia for sound reasons. There is no scientific or religious justification for FGM. The main reasons behind the cultural practice are to impose a patriarchal social control on females' bodies, sexual freedom and sexual fulfilment; to increase a girl's perceived desirability as a marriage prospect; and to be a rite of passage into womanhood.

"To sanction medically-performed FGM through 'ritual nicks' would leave undisturbed the damaging attitudes motivating it, and would endorse the unjust breaches of girls' and women's rights embodied in the practice. Incidentally, these attitudes do not produce psychologically healthy men, either."

Dr Mathews said that culturally sensitive education and support were the best ways to continue handling the issue in situations where either the procedure was requested, or a patient presented for treatment to deal with physical or psychological injuries caused by FGM performed in the past.

He said that research into the prevalence of FGM in Australian residents and citizens would be useful for those working on the front line educating and supporting members of communities in which this practice may have occurred or be seen as acceptable.

He also said that lessons could be learnt from the experience of societies where reform efforts had been successful.

"Australia has strong and clear prohibitions of FGM in both law and medical policy, and possesses a generally enviable record of gender equality and health provision," he said.

"With a small national population and significant numbers of residents born in nations where FGM is customary, the Australian context may offer a unique chance to contribute to new ways of investigating FGM, reducing its incidence, altering its motivating attitudes, and supporting women, girls and men affected by it."